Posted by evaboomofficial on March 4, 2021

The popular music producer behind the major hit songs of Naira Marley and Zlatan have come under heated fire on Twitter. 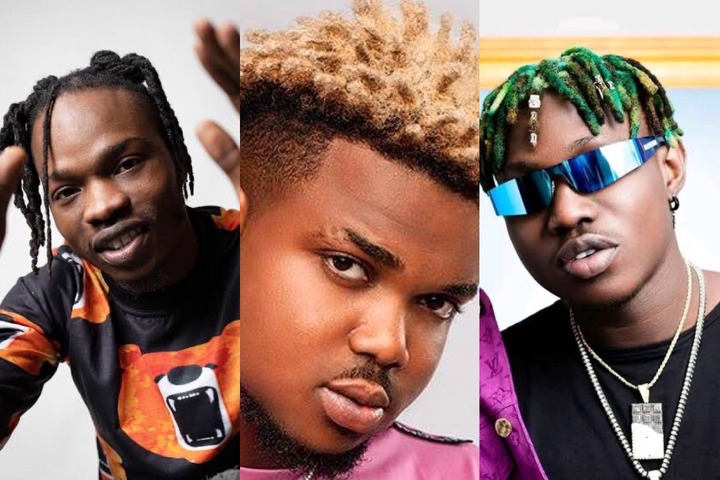 His name is Rexxie, and for sure you have the tag, “Yo Rexxie pon dis one” in a lot of hit songs across the country.

The music producer who years ago picked up the Producer of the year awards at the Headies made a tweet in the early hours of today and Nigerian ladies on the platform seem not be cool with it.

The rapper made a tweet about Rape which had been a controversial topic in Nigerian in recent years. 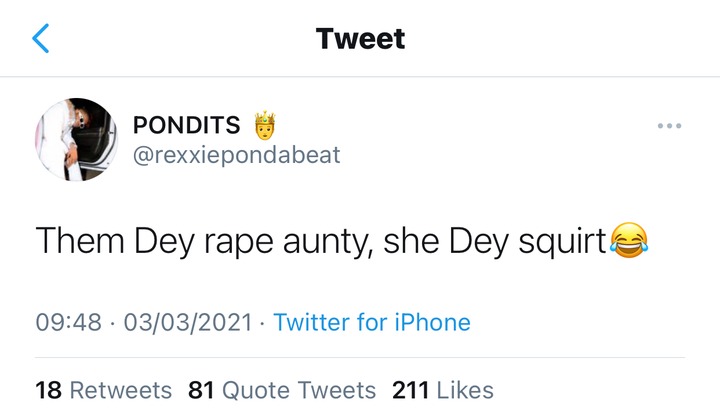 This tweet was made at exactly, 09:48 Am this morning and has now been taken down by the music producer after several calls from different social media users.

Nigerian ladies on the platform were not cool with this has they blasted him for making such a tweet as they tagged it ‘insensitive.’

See the tweets below: 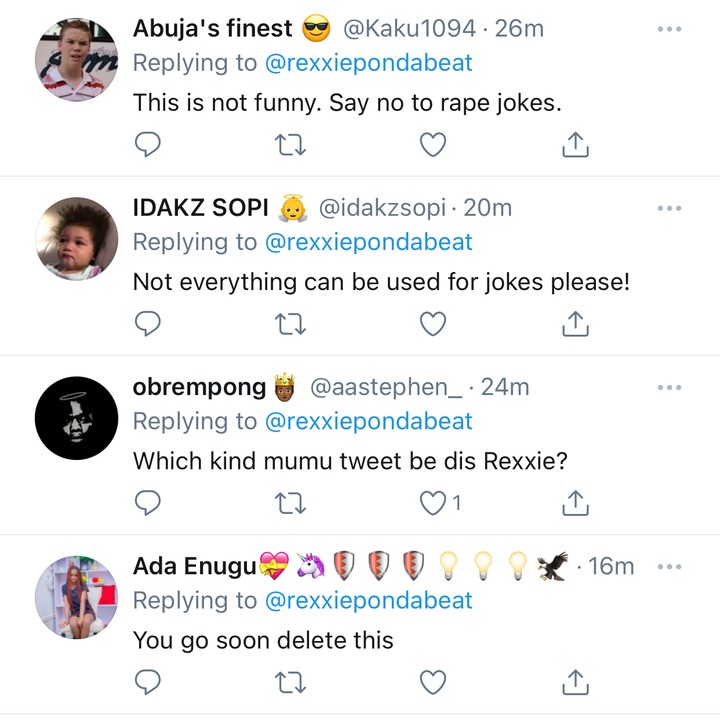 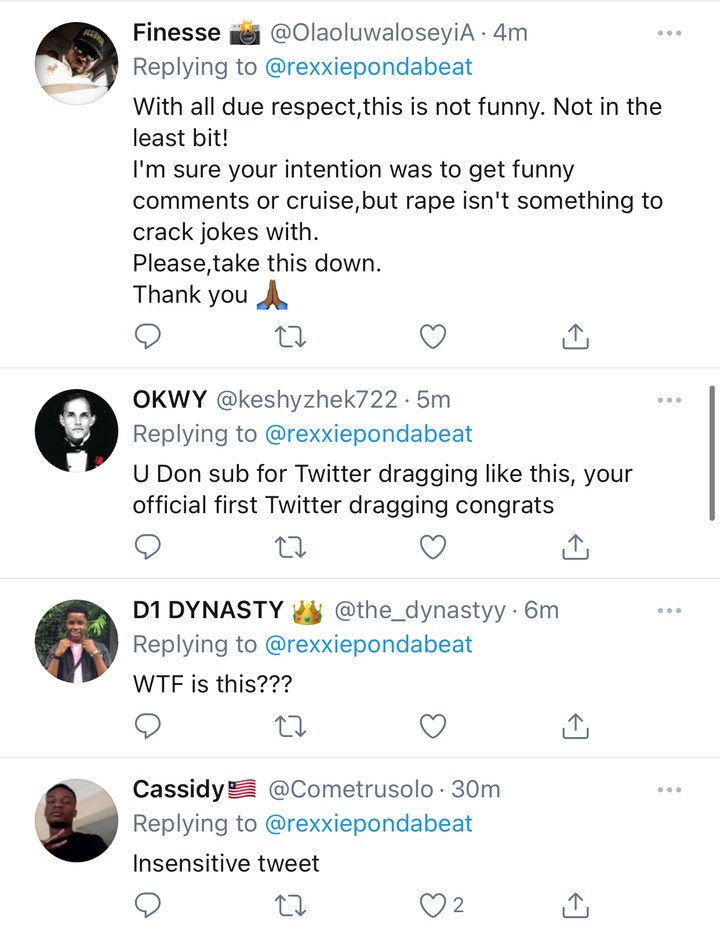